Littler Mendelson P.C. describes itself as having the “largest global employment and labor law practice …with more than 1,500 attorneys in 80 offices.”  The firm is a defendant in a Grisham Thriller-like legal dispute involving claims of ex-partner Don Lewis against Pierce Bainbridge Beck Price & Hecht LLP, and its legal representatives Littler (S. Jeanine Conley) and Putney Twombly (Michael D. Yim).  The gist of Lewis’s claims is that he blew the whistle on financial misconduct, and the firm, its founder John Mark Pierce, along with a slew of partners, as well as  Putney, weaponized #MeToo in an effort to silence Lewis and obliterate his credibility as part of a cover-up. Then Littler, hired by Pierce Bainbridge to deal with Lewis, piled on with deceitful litigation tactics.

In addition, Lewis has been informed that Pierce Bainbridge was untruthful in representing to a Court in New York that the firm purportedly “just” found out about an arbitration agreement in December days after the Pierce Bainbridge’s Los Angeles lawsuit against Lewis was dismissed; specifically that ex-firm General Counsel Carolynn Beck (and others) were aware of the arbitration provision months earlier.  Interestingly, Littler’s own counsel from Vorys Sater Seymour and Pease LLP has stated this would constitute “fraud on the court,” and trigger reporting obligations under the ethical Rules of Professional Conduct.  Beck’s alleged misconduct, including accusations of deleting and burying evidence, have been well documented.

The seeming deceitful litigation tactics of Littler and Conley were briefly covered in the earlier mentioned coverage.  Conley’s public work involving organizations such as the Federal Bar Association, the NYC Society For Human Resource Management, and the Metropolitan Black Bar Association was also briefly discussed. In line with that work, an attorney named Brian Esser, praised Conley this week on a pre-recorded Lawline presentation on “diversity, inclusion, and combatting implicit bias.”  Lewis, who was the only  black attorney at the firm when he was placed on leave, has said: “Conley’s conduct, particularly given who she publicly holds herself out to be, was shocking to me.”

While Lewis’s complaint sets forth several examples of what appears to be racial double standards while he was at the firm, one need not take Lewis’s word for it.  According to a Lewis complaint, current partner Patrick Bradford was displeased when Beck required Bradford to provide a “book of business memo” prior to hiring, which was never required of any of the firm’s white – and seemingly less qualified – partners.  Bradford – in writing – remarked:

“The fact that I was being asked to submit a business plan (when my understanding was no other potential partner was) … when my objective qualifications exceed some of your partners – – that is if I were White. Folks come up with all sorts of justifications for their… shortcomings let’s say.” ~ Patrick Bradford, Summer 2018.

While almost every partner at the time had never been a partner at a law firm, Bradford was a partner for ten years at the world-renowned Davis Polk & Wardwell LLP.

Conley, a shareholder at Littler Mendelson, entered the scene in late April 2019, she replaced Pierce Bainbridge partner Denver G. Edwards, also black, as lead negotiator.  Interestingly,  Conley communicated to Lewis’s team that Edwards: “is not an employment attorney and didn’t really understand what he was looking at.”  Lewis says LaVigne similarly remarked “Edwards is incompetent;” and added something in the nature of:  “everyone knows why John picked Denver to handle this.”  The implication is clear.

The Stall, The Threat and The Withdrawal Stunt

The Days Leading Up to May 15

May 8.  A one-page letter from Lewis’s counsel to Conley says that he will file his complaint on May 14 if the parties cannot agree on mediation.

May 13.  Conley claims that she – and presumably her 17 litigator clients – “misread” a one-page letter and needs more time to consider Lewis’s offer of mediation with certain conditions.  Lewis obliged.

May 14.  Conley refers to the negotiations as “amicable” and in “good faith.” During this time, unbeknownst to Lewis, two lawsuits – one for filing in New York, the other for Los Angeles – are being prepared by Conley’s clients against Lewis;  affidavits of two Pierce Bainbridge partners – clandestinely filed under seal the next day in New York – are dated this same day, May 14.

May 15 and The Withdrawal Stunt

May 15 – 8:49 am. With her clients in the process of filing the first of their two never-before mentioned lawsuits, Conley engages in threats and scare tactics to try to delay the filing of Lewis’s complaint, and buy more time for her clients to launch the alleged massive smear campaign: “if [Lewis] files, he will be trying to clear his name forever (particularly with any law firm he may want to work for in the future), regardless of the outcome.”

Lewis’s counsel and Conley had a phone call immediately after the e-mail above was received.  During the call, Conley specifically requested Lewis’s counsel withdraw the complaint.  Lewis’ counsel told Conley he was not sure if he could but said he would try.

Conley “Thanks” Lewis’s Counsel for Withdrawing the Complaint

To be clear, after requesting Lewis withdraw his complaint, and thanking him for doing so, Conley then asked for a court-stamped copy of the withdrawn complaint, which was provided. Four hours later Conley’s client filed a second complaint – this one in Los Angeles and not under seal – which attached the court-stamped copy provided to Conley, and remarkable dishonestly claimed that Lewis filed and withdrew his complaint as “part of a scheme to extort.”

Lewis was then defamed nationwide as a “terrorist,” and an “extortionist.” Lewis’s counsel emailed Conley the next morning called her out.

Around one month later, in late August 2019, Lewis learned about the clandestinely filed sealed New York action for the first-time.  While one could argue that John Pierce pulled a PT Barnum “sucker born every minute” on the Littler partner, these post-May 15 events, as well as the fact that Conley and Littler have stood by Pierce Bainbridge’s falsehoods for eleven months, undermines any such conclusion.

Conley and Littler, according to Lewis, were key players, along with LaVigne, Edwards and Pierce, in hatching a conspiracy to humiliate and destroy his credibility through a “scorched-earth” defamatory attack.

“Tell me who you walk with, and I’ll tell you who you are”

The apparent willing participation of Conley in the vicious railroading of Lewis is troubling.  Lewis remarked:  “Conley put on a different face to protect John Pierce and collect her billable hours; the same John Pierce who his own personnel have referred to – in writing – as a ‘fu*king lunatic,’ ‘narcissistic sociopath,’ and ‘snake,’ who ‘talks out of every side of his mouth,’ ‘loses track of his lies,’ and who is ‘showing severe signs of alcoholism and drug use’ and ‘probably deep into the sauce [alcohol] and coke [cocaine].”

Conley is also alleged to have joined forces with LaVigne and Edwards, both of whom Lewis unequivocally says, “lied under oath to smear me and to protect Pierce and his illicit financial activity.”  Lewis continued:  “There are bad looks, there are very bad looks, and there is S. Jeanine Conley aligning herself — and her firm — with this merry trio of disreputable attorneys.”

Where Are We Now?

It is now eleven months later, and Conley still stands by Pierce and Pierce Bainbridge.  The firm, which had around 70 attorneys in May 2019, now has about 10.  Ryan Boysen of Law 360 previously reported Pierce Bainbridge is on life support, and per the late “Breaking News” from Law360, the firm appears to be done.

Lewis’s allegations of financial foul play, made well over a year ago, have been validated, for example, Jack Newsham of the New York Law Journal reported Pierce was placed on a forced leave of absence by his own partners for financial improprieties.  Newsham also reported in the New York Law Journal that Marc Mukasey, of Mukasey Frenchman & Sklaroff LLP, has filed to withdraw as counsel for Pierce Bainbridge citing ethical concerns with continued representation.  Yet Conley, soldiers on, as if she, and her clients, did nothing wrong.

Lewis concluded:  “It is no longer a secret that Pierce Bainbridge is the ‘cesspool’ I have said it was for over a year; some suggest it’s a ‘birds of a feather’ environment for Giuliani, as well as the firm’s at least three convicted felon clients.  Be that as it may, I foolishly hoped that Conley would comport like the person she publicly holds herself out to be, I was wrong.”

He continues: “A friend remarked: ‘I can’t believe Jeanine Conley supported that guy Pierce, referenced ‘black-on-black’ crime, and mentioned an inflammatory defense used by United States Supreme Court Justice Clarence Thomas years ago; I have not, and I do not, intend to go there.  That said, the face Conley has worn for Pierce Bainbridge, bears no resemblance to her apparent public one.  There is malodorous phoniness to it all, it’s unfortunate, and ultimately, it’s disappointing.”

The Lewis cases continue, it’s unclear where this will all end up; but it’s safe to say that individuals (and entities), like Conley, and even Lewis for a time, who have aligned themselves with Pierce and Pierce Bainbridge, have almost to a person, ended up worse off.  For Pierce himself, and potentially certain of his partners, it remains to be seen whether any of them — like a seasoned New York City attorney for Oscar De La Hoya warned John Mark Pierce over a year ago — “ends up in jail.”

I have good experience with in legal and secretarial discipline. I have worked with Consultants, Industry and Services over a period of time. I believe in a good society all constituents; government, corporate and individual has their share in governance and responsibility. In this blog, I try to write about governance and responsibilities of individual persons, corporate and states. In the process, this blog essentially become a law blog, but all posts are not directly related to law. I try to use simple day to day English while writing my posts. View all posts by Mary Mosley 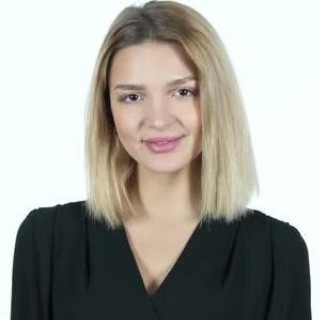 I have good experience with in legal and secretarial discipline. I have worked with Consultants, Industry and Services over a period of time. I believe in a good society all constituents; government, corporate and individual has their share in governance and responsibility. In this blog, I try to write about governance and responsibilities of individual persons, corporate and states. In the process, this blog essentially become a law blog, but all posts are not directly related to law. I try to use simple day to day English while writing my posts.